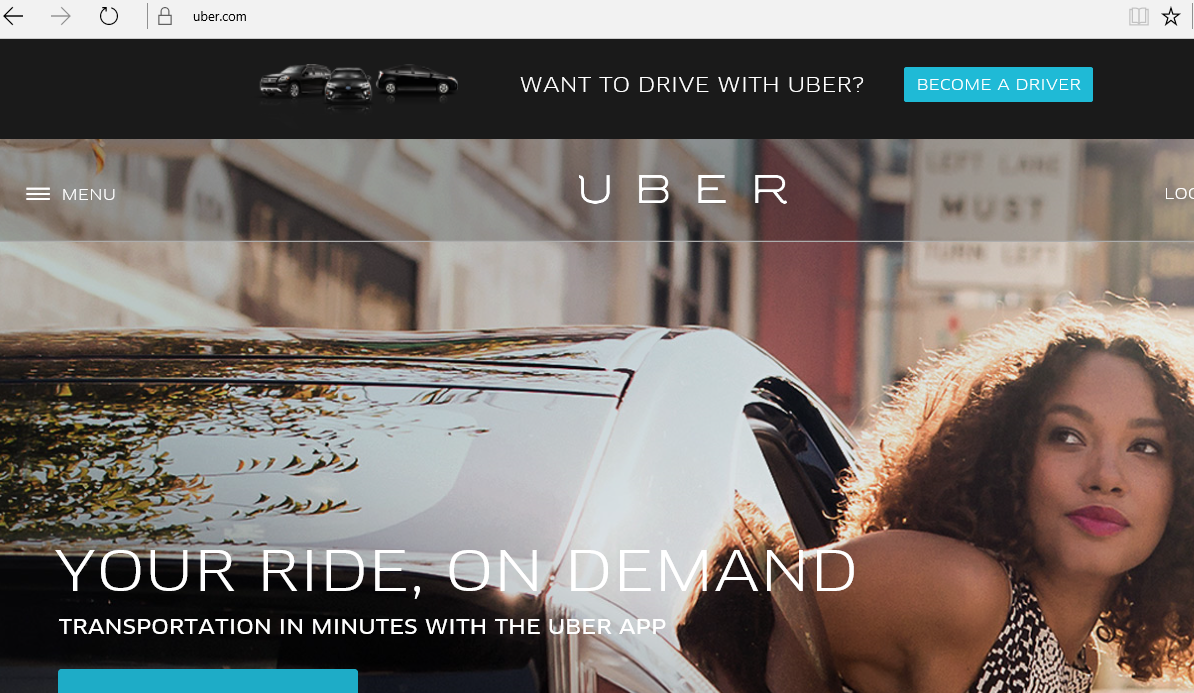 What was Uber.com Worth to Uber?

Not even some of the largest companies in the world recognize a valuable digital asset when they own one as demonstrated by Universal Music Group (“UMG”). UMG was the main investor in Uber.com, a now defunct social network and blogging platform that failed in 2008 despite millions in venture capital funding. In the end, the only thing UMG was left with was the Uber.com domain.

In 2010, start-up transportation network company Uber Technologies Inc. (“Uber”) launched its smartphone app that allows consumers to summon car rides from Uber drivers with the push of a button.  The company branded itself as UberCab and existed on the internet at UberCab.com.

Unfortunately, shortly after launch, UberCab soon found itself in legal trouble with the San Francisco Municipal Transportation Agency and the California Public Utilities Commission because it was using the word “cab.”  The start-up was not allowed to operate using “cab” in its name because it was not a licensed taxi company.  The simplest solution was to remove “cab” from its name and just become Uber.  The only problem was the company needed to own Uber.com and did not have any cash to bring to the table during negotiations with UMG.

Uber solved their problem by using equity to buy Uber.com from UMG.  UMG received a 2% stake in Uber in exchange for the domain.  Uber would be worth around $17 billion four year later, but UMG would not partake in this success since at some point before this valuation, the company sold back its shares to Uber for $1 million.

UMG made a shrewd business decision when they decided to sell Uber.com for 2% of Uber. In fact, UMG was probably happy with the deal they struck overall considering how the original investment failed and that the acquisition costs of the original purchase of the domain were nominal.  In a vacuum, there is good ROI on this deal at $1 million dollars.

However, that does not change the fact that UMG missed out on a lucrative return of millions, probably because Uber.com was not properly appraised. Factors like the pressure the start-up was under to rid itself of “cab” should have been considered.  “Uber” already had great branding potential due to its literal meaning, distinctiveness and mindshare. “Uber” also worked across languages, was both adverb and adjective with potential to ‘verb up.’ Moreover, it had the most popular domain extension of .com.  Accordingly, the Uber.com domain name was extremely valuable because it was very brandable, even before it became its current brand.

The value of a domain name is directly related to the size of the business and the opportunity at hand. Uber is approximately a 70 billion company today, and early on, the company had a good sense of how valuable the domain Uber.com was and could be in the future.  Clearly, the company had a solid technology platform with potential use well beyond simply getting a ride. In February 2011, Uber raised 10 million in funding from Benchmark, which valued the start-up at $60 million. Later the same year, Uber’s CEO, Travis Kalanick, refused to accept a pre-money valuation of $220 million during the next round of funding because he believed it was too low. Why UMG exchanged its stake in Uber for $1 million is unclear. Uber became big business very quickly and that growth was evident during its first 12 to 18 months but UMG failed to recognize the opportunity when they sold the premium domain for a nominal profit.  It is a mistake businesses as well as domain owners can avoid by understanding the relation between domain values, existing businesses, and future growth.

We Make It Easy

Get Your Domain Name Today